I’m loving the book of Daniel! No wonder. It’s filled with history and that history is centered with the Middle East, present day Iraq, Iran, Syria, Egypt and Israel, as the setting. I’ve always been enamored with history! After just returning from my first visit to Israel (!!!), I’m trying to convince my husband to sell out, pack up and move to a little apartment in the Old City of Jerusalem!

The Middle East had captured my attention long ago before I read Michener’s “The Source” or Leon Uris’s “Exodus”. As a little girl hearing Bible stories, I imagined a beautiful, orphan Jewish girl being chosen by the King of Persia (Iran) to be his wife and was sent into a daydream land.

The first chapter of Daniel is a set up for an ADDer to fall off the wagon! Can you begin to comprehend all that kid, Daniel, went through as he was ripped away from his sobbing, maybe screaming, mom and frantic dad? Just gathered up with a bunch of other young guys and transported 900 miles away! The strange language, dress, food, surroundings…he had to think it was a nightmare he’d wake up from in a few hours.

But it wasn’t, and he never saw his parents or family again. He never ran thru the streets of his city or thru the door into his cozy, warm home. He never walked up the Temple steps to enter into worship of the One True God with that community of believers again. 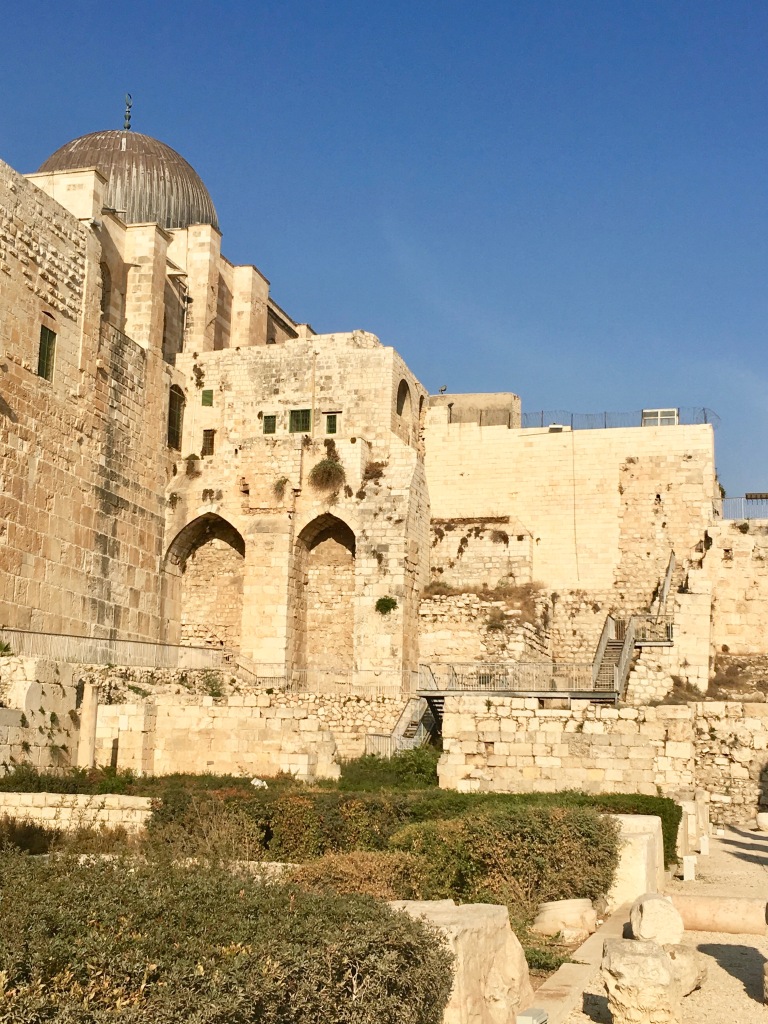 Every component of life had changed overnight. From love, privilege, comfort and community he moved into a world of manipulation, compromise, intrigue, isolation, power plays and petty envy. He had the makings of a man at 15 or 16 years old and kudos to his parents for taking seriously their job description—- “Boys will be boys” was never part of their vocab!

From the first moments of this cruel fiasco, Daniel had resolve. He stood firm, he set his course, and he made up his mind that he would not compromise himself to appease any opposing entity for the sake of any favor or ease of life. He was devoted to living an honorable and principled life, but not because he had to check in every night with a committed mom or dad who waited up for him.

It was because he had a compassionate God whose eyes were looking down on him and whose power was working behind the scenes in the dim unknown on his behalf. He knew his God and was determined to do what was right and honoring to Him no matter the cost.

These few paragraphs introduce you to this man of God, Daniel. He is the author of this compelling Old Testament book. History and prophecy (some already fulfilled to the T!) are mixed almost equally in this book as far as genres go.

Daniel (of course inspired by the Spirit of God as all Biblical authors are) was a literary genius as far as his ability to describe the out-of-this-world visions he and others had. He was obviously a brilliant man with intellectual acuity and emotional maturity. He kept his head when others about him were losing theirs (as Rudyard Kipling wrote in “If”).

His security and identity were well-formed and imprinted into his person. He knew who he was and whose he was. He knew who loved him and wanted him versus who courted him and used him. He showed respect for authority that tried hard to usurped his Holy God’s authority. He practiced being courageous and developed that courage, when faced with death sentences by the sword or sharp claws of lions, that didn’t whimper or beg. Many begin strong but few end without scars of compromise and regrets over foolish decisions and self-centered sin.

Most of all, Daniel played to an audience of One. He cared first and foremost about his Father—the Heavenly One. Above all the kings he served, he obeyed and adored the Eternal One. He knew how to prioritize. Only one person gets to be “king of the mountain” at a time and Daniel knew who would never be pushed off His place as King of this world and the world to come.

On Wednesday mornings you’re welcomed to join the last week of our Daniel study. Its never too late to start! December 12th from 9-10am we’ll do a summary of the book of Daniel and from 10-11am we have a treat—-a local, lay astronomer will share her insights. We may even have some Christmas treats to compliment our coffee and tea! Remember child care is available!